For the most up-to-date weather related information, such as cancellations, please visit our Facebook page @fearonthefarmatmccraysfarm! That page is updated daily!

What started as a crazy idea has turned into the annual attraction that everyone is Western Massachusetts is talking about. In 1991, at the age of 25, our leader, Dan, set about trying to turn his lifetime fascination into a profitable business. Dan loves Halloween. Dan loves building things. Most of all, Dan likes to entertain people. He thought that if he could combine all three, he could be on to something. Dan took his idea to places where he thought his idea might find an audience. Everyone said no, except farmer Don McCray of South Hadley. Don decided that he would let the kid try his “crazy idea”. Don McCray did not think this idea was going anywhere, but he liked his passion and enthusiasm. He gave the kid the free reign to use the land and tractors as he needed.

with plenty of safe, free parking!

So Dan and his crew set about creating scenes and planning how to best use the acres of McCray farmland to their advantage. Every scene that first year was built from scratch in backyards or on sight. The masks and costumes were from Dan’s personal Halloween collection. This homemade haunted hayride was named the Monster Mash Haunted Hayride and launched Friday, Saturday and Sunday nights in October vowing to scare every night, weather permitting, “until the last rider runs screaming.”

That first October, people came for their first visits out of curiosity. They came back for their second and third trips because they enjoyed the scares. By the third weekend, the farm ran out of room to park all the cars of customers who were coming in. The attraction has been growing ever since. The Monster Mash Haunted Hayride at McCray’s became the place to be on weekends in October. Every year, we add more and more to the attraction, scenes get scarier and more interactive, and more and more customers flock to the little farm in South Hadley to be scared.

Dan took the 2004 season off, due to personal reasons. Despite this, he worked hard to keep the tradition of the Haunted Hayride going. He lent equipment and talent to Doug McCray, Don’s grandson, and a friend, who enthusiastically carried on the show in Dan’s absence that year. Since that season and Don’s passing, two new generations of McCray: Don’s son, Steve, who now runs the farm and Doug, who builds and creates alongside Dan, have been partnered with Dan as they bring scary entertainment to new generations.

We are now scaring young and old alike. Generations pass on word to others, just as the scare business passes into a new generation. Dan’s son, Tyler, has now joined the family business. He and his friends can be seen working next to his dad on weekends in the summer getting the haunts and trails ready for the upcoming seasons. As the two generations work side by side, we strive to provide entertainment for all ages each Halloween season.

From that first season of a shoestring budget, volunteer actors and a personal loan, Fear on the Farm at McCray’s Farm has grown into the largest and most talked about Haunted attraction in Western Massachusetts.

Now, as we prepare for our 32nd Anniverscary season, we promise you that this season will be even better than last. We thank you for your continued loyalty and for hanging in there with us through last year’s unprecedented season. It is your support that keeps us haunting year after year!

We hope to see you on our Trails this season!! 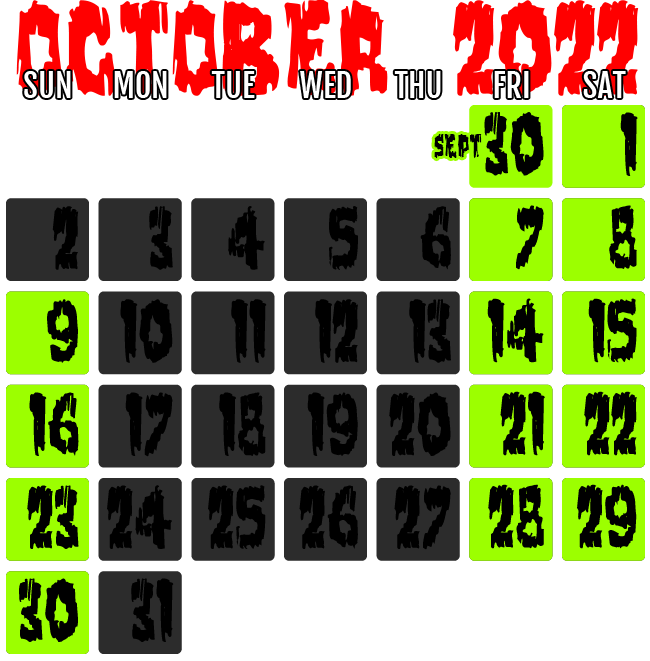